Click on the ticket below to find out how to buy one (& for show dates.)

Here’s what reviewer Joe Szekeres said about our talented cast:

“Sammy Allouba is to be congratulated for essaying the rapid comic timing of Max as he tries to hide Janet from Suzy.”

“As sexy seductress and Max’s girlfriend, Suzy Stevens, Madeleine Spadafora’s comic timing in running from the sea and hiding in various parts of the house in wet clothing was a riot.”

“Steve Ness as hen-pecked husband George Ticklewell was a hoot”

“Ms. Monteith as George’s overbearing wife, Mary, assuredly let her husband know all the time she was right about everything.”

“Mr. Karek is a highlight of the evening in his performance as oddball neighbour and crime writer Edgar Chambers.”

OUR TALENTED CAST  (click on composite photo to see more) 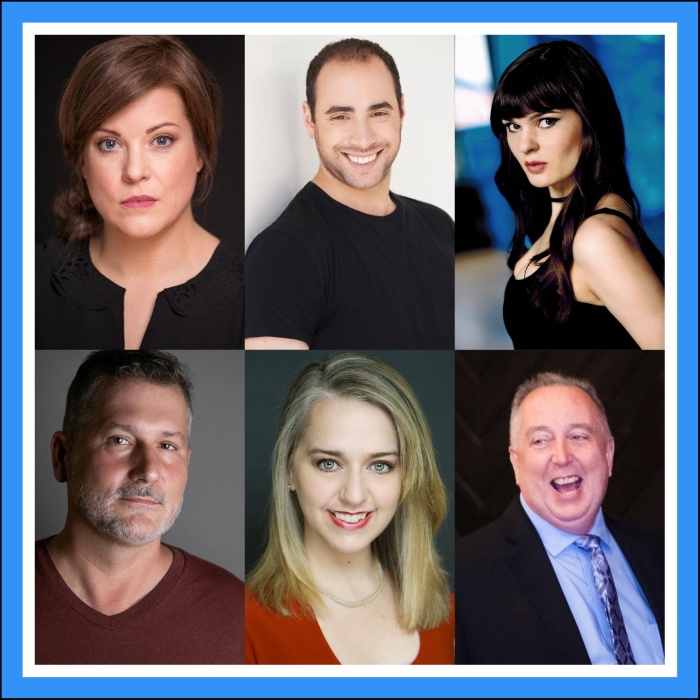 About the play….
Max is planning to murder his wife Janet, collect her life insurance, and enjoy life with his girlfriend when Mary and George arrive on their Greek island with news: Mary and Janet are beneficiaries of a huge fortune. Plans and plots hatch, and soon everyone is bent on murder. All that stands in their way is the presence of a neighbor: crime writer Edgar Chambers. This thrilling comedy is by the writer of the television series, “The Avengers”.

“As with “Columbo,” the twists and turns are incredible, but there are no loose ends, and the ending is as farcical as one could wish… Yes, it’s great fun, and no, it isn’t often done, which is a shame.”
~ Broadwayworld.com

About Brian Clemens, the playwright….
Brian Clemens left school at 14 and, after national service with the Royal Army Ordnance Corps, worked his way up from messenger boy to copywriter at an advertising firm, writing in his spare time. His first script was accepted by the BBC in 1955, but he really paid his dues as a writer of mystery and suspense when he joined the production company Danzigers, writing to tight deadlines with plots often based on the availability of existing sets, props or location.

Clemens is known to the English, and to American fans of English television, as the mastermind behind the cult classic series “The Avengers” and that other classic action series “The Professionals.” He’s less well known as a playwright of mysteries, suspense, and farces – but with or without various co-writers, he wrote sixteen plays ranging from a stage adaptation of The Avengers to the set-in-soon-to-be-occupied-France Strictly Murder, seen at the Village Playhouse in 2014.

He was appointed OBE in 2010, the same year that the British Film Institute featured a retrospective of his work; he died five years later at age 83.

About Anne Harper, the director….

Staged with the talents and dedication of….