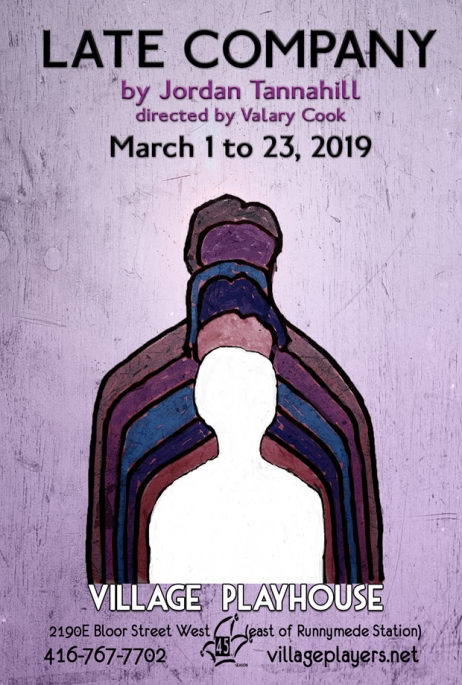 Village Player’s Late Company played a single performance at the Theatre Ontario Festival, 2019, and was awarded the following:

Congratulations to everyone who helped put this amazing play together.

Village Players’ production of LATE COMPANY won best drama at the ACT-CO gala last night and will remount the play at the Theatre Ontario Festival in Richmond Hill May 15. We’ll be posting how to buy tickets as soon as we find out.

OUR TALENTED CAST  (click on composite photo to see more)…. 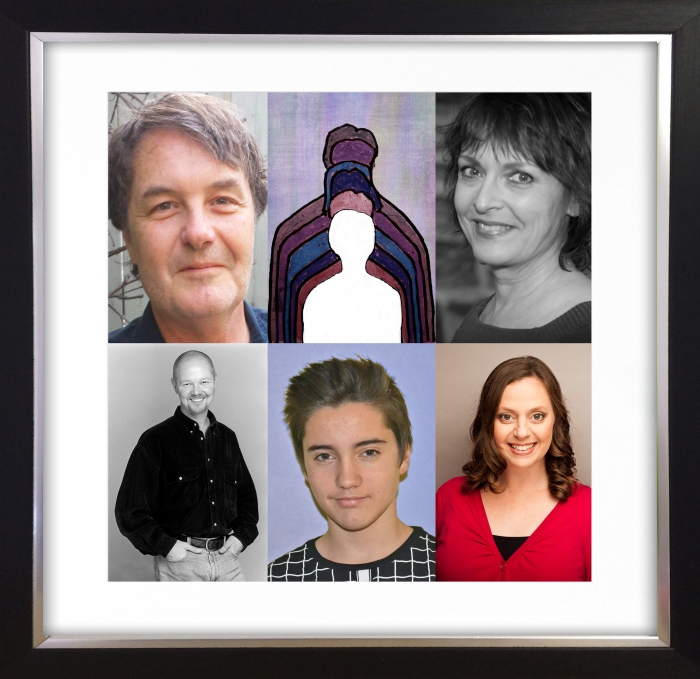 “Lydia Kiselyk (in a classy performance)…”

“Mr. Mills-Capote who played the adolescent Curtis with such honesty that he won me over completely.”

About the play….
One year after the suicide of their teenage son Joel, Debora and Michael Shaun-Hastings sit down to dinner with their son’s bully and his parents. Closure is on the menu, but accusations are the main course as everyone takes a turn in the hot seat for their real or imagined part in the tragedy. Blame shifts over the course of the evening from one person to the next, raising questions no one is prepared to answer.

“Tannahill may be tackling big themes but, more impressively, this cyberbullying play rarely feels like it’s self-consciously ‘tackling big themes’: this stuff naturally comes to the surface through dialogue that is at times cringingly comic in its small-talk banality and then, on a sixpence, turns viciously point-scoring … A dinner-party from hell, then, but a show that serves up plenty of food for thought.”
~ What’s On Stage, London UK.

“A powerfully polarizing script. There is humour and heartbreak in equal parts…”
~ Carly Maga, The Grid TO

About Jordan Tannahill, the playwright….

Jordan Tannahill has been described in the press as “the future of Canadian theatre” (NOW Magazine), “the hottest name in Canadian theatre” (Montreal Gazette), and “widely celebrated as one of Canada’s most accomplished young playwrights, filmmakers and all-round multidisciplinary artists” (Toronto Star.) All before he turned 30 (his age when Late Company is on stage at Village Players)

His plays have been translated into multiple languages and honoured with various prizes including the 2014 Governor Generals Award for Drama for Age of Minority: Three Solo Plays, the 2014 John Hirsch Prize for directing, and multiple Dora Awards. He wrote Late Company when he was 23. In 2017, it transferred to London’s West End to great acclaim.

From 2012 – 2016, in collaboration with William Ellis, Jordan ran the alternative art space Videofag out of their home in Toronto’s Kensington Market neighbourhood. His books include the novel Liminal, published by House of Anansi in 2018, and Theatre of the Unimpressed: In Search of Vital Drama, published by Coach House Press in 2015. As a filmmaker, Jordan’s work has been presented in festivals and galleries the world over including the Art Gallery of Ontario, TIFF, the Tribeca Film Festival, and the Venice Biennale.

NEWS FLASH, October 30, 2018:
Jordan Tannahill has just been awarded the Governor General’s Award for English-language drama – for the second time – at the age of 30. This time it was for his plays Botticelli in the Fire & Sunday in Sodom.

About Valary Cook, the director… 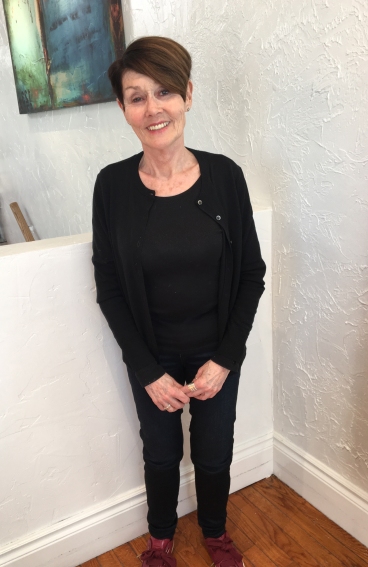 Valary honed her directing skills over thirty years as a teacher of Dramatic Arts in west end Toronto high schools: such musicals as Into the Woods, Godspell, Peter Pan, Camelot, The Baker’s Wife, and plays like Midsummer Night’s Dream, You Can’t Take It with You, and The Crucible. She also branched out into community theatre at BurlOak Theatre, several plays for Alumnae Theatre’s New Ideas Festival – and one previous play on our own stage: How to Hunt a Wooly Mammoth in Village Players’ Sweets and Treats in 2011. Not content with that, she studied directing with Richard Rose of Tarragon Theatre in 2014. Valary says she’s “absolutely thrilled” to be directing Late Company for Village Players.

Find us at:
2190E Bloor Street West, Toronto (just east of Runnymede subway).
Email us at: info@villageplayers.net For reservations, go to TICKETS or call 1-416-767-7702 OUR SPONSORS