Auditions are now completed for Village Players first play in our Winter 2023 Online Season of directed Zoom readings of plays by local playwrights – and a cast has been selected.  See HERE for the full cast. 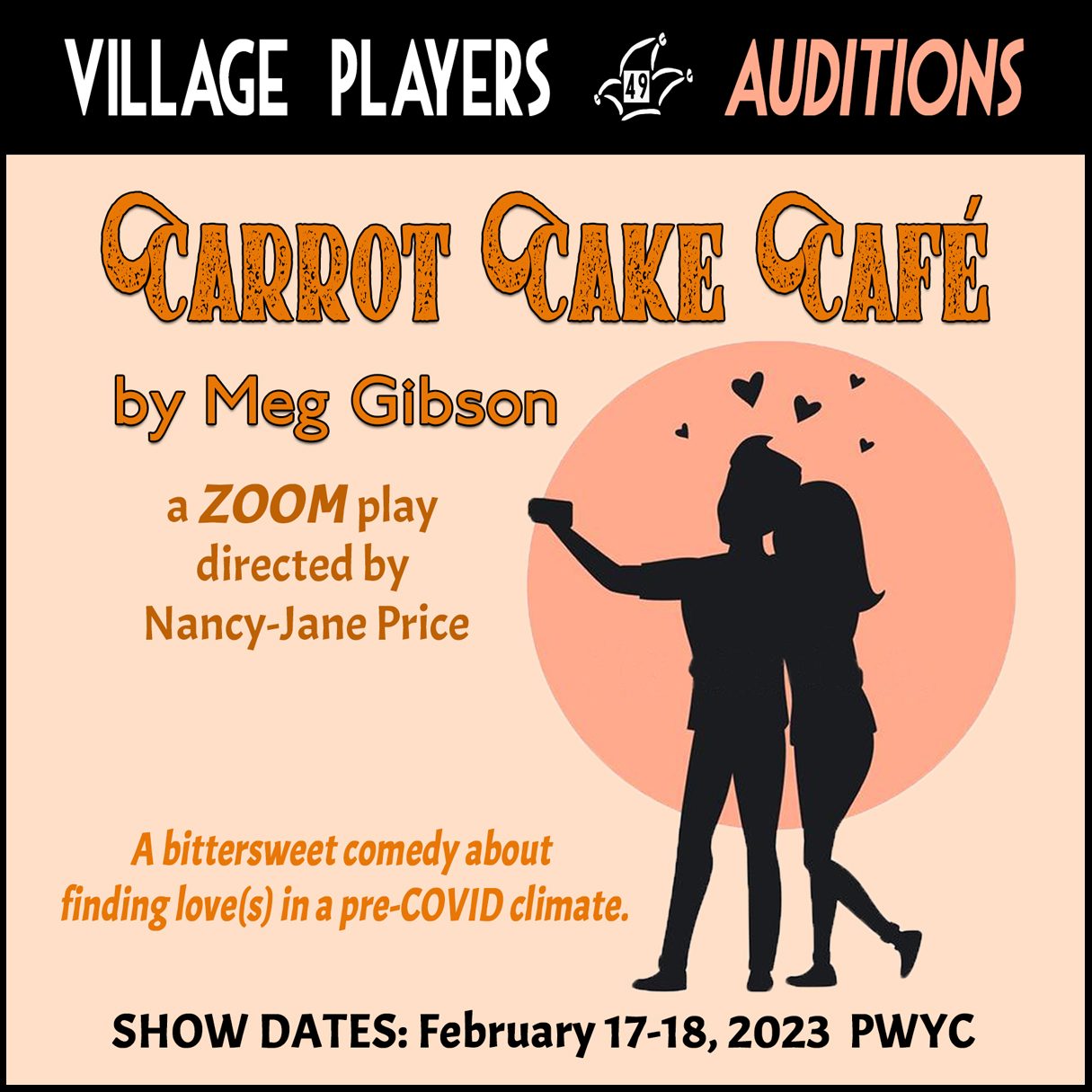 Directed by Nancy-Jane Price
Written and produced by Meg Gibson

(Non-union, non-paying. We are unable to cast full equity or ACTRA members.)

AUDITIONS will be held ON ZOOM at the following dates and times:

THE PLAY: A bittersweet comedy about people starting out in life, the challenges they face and the unexpected support they find. Sara is a struggling entrepreneur, trying to make a living running her own small café, supported by her BFF Nathan, hustling to get by as a freelance writer. Sara is frustrated at every turn by her mother, Gigi, but then love and support arrive where least expected. A perfect comedy for Valentines, young and old.

CHARACTERS: There are 6 roles in the play, 3 female and 3 male:

PREPARATION: Cold reads from the script on which you may be redirected. Auditionees must have read the play. Script will be provided

TO BOOK AN AUDITION: Please email a copy of your headshot and resume to villageplayersauditions@gmail.com along with your preferred date, time, interested role(s), and contact information. Once we receive your details, you will receive a script via e-mail for review. You will also receive a Zoom link one day prior to your scheduled audition.

“If you get a chance to act in a room that somebody else has paid rent for, then you’re given a free chance to practice your craft.”
~ Philip Seymour Hoffman on auditioning

Take that chance – sign up to receive Village Players audition notices.  You can get on our list by subscribing HERE.