OUR AMAZING CAST  (click on the composite photo to see more) 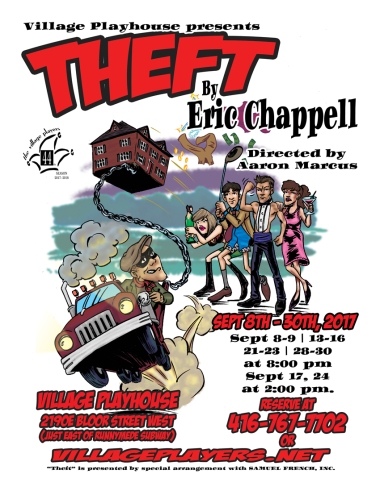 Imagine returning from a pleasant anniversary celebration to find that your house has been burgled. In this witty thriller, the domestic calamity also results in a number of uncomfortable truths being revealed, disrupting two seemingly happy marriages and one formerly strong friendship.

“While having one’s home burgled may not be much fun for the victims, the very witty dialogue, the unexpected twists and the sharp observations on marriage, money and crime make for a wonderful evening’s entertainment for the audience.”
~ 2013 Australian review

About Eric Chappell, the playwright…

Chappell was born in Grantham, Lincolnshire, where Margaret Thatcher had been born eight years earlier.  Perhaps that’s why he turned to comedy.

A part-time novelist in his early years, he took up full time writing in 1973 after his first stage play, The Banana Box, was produced at the Apollo Theatre, London. The play later inspired the classic TV comedy Rising Damp, winner of the BAFTA award for best situation comedy. That took him away from theatre towards a television career in which he created nine different situation comedies for ITV (including Only When I Laugh), with 200 scripts.  He didn’t return to the theatre for another 20 years, since when he has written 25 plays which have consistently toured in the UK as well as Canada, the United States, Australia, South Africa and Kenya. He is unquestionably one of the top writers of comedy in Britain today.

About Aaron Marcus, the director… 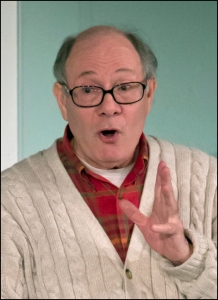 If you think you recognize Aaron’s photo … you’re probably right.  No other actor has practiced his craft on the Village Players stage for as many years as Aaron.   In recent years, you might have seen him in such hits as Quartet, Lord Arthur Savile’s Crime, Key For Two, The Kingfisher, and Of The Fields, Lately.  He has also directed Agatha Christie’s Murder on the Nile, Noel Coward’s Present Laughter, as well as The Golden Age, Ravenscroft, and Night Watch.