HERE’S OUR CAST! (click on composite photo to see more) 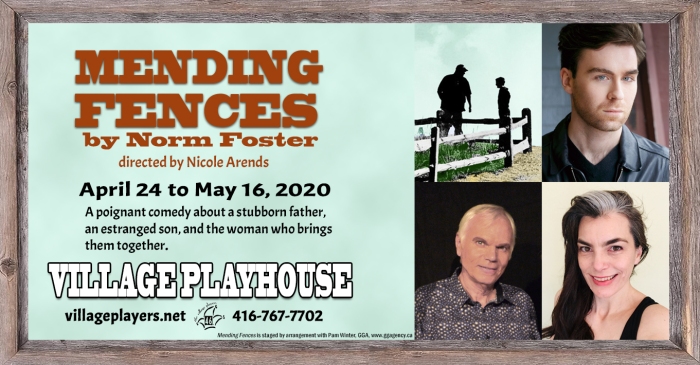 About the play….
Harry Sullivan hasn’t seen his son Drew in thirteen years, and now Drew is coming to Harry’s Saskatchewan ranch for a visit. This poignant comedy tells the story of two men who are too stubborn to give in to feelings of the heart.

Virginia, the woman next door with her own issues, plays a major role in helping them reconcile. Flashbacks to Harry’s youth, middle age and to Drew’s teens give us insights into the lives of these characters.

“The characters in Mending Fences are real, not polished Hollywood or overly dramatic reality TV people. And their relationships ring with truth, providing plenty to think about on the way home.”
~ Halifax Chronicle Herald

“The sort of comedy that steals your heart. You’ll love it.”
~ Hamilton Spectator

About Norm Foster, the playwright…. 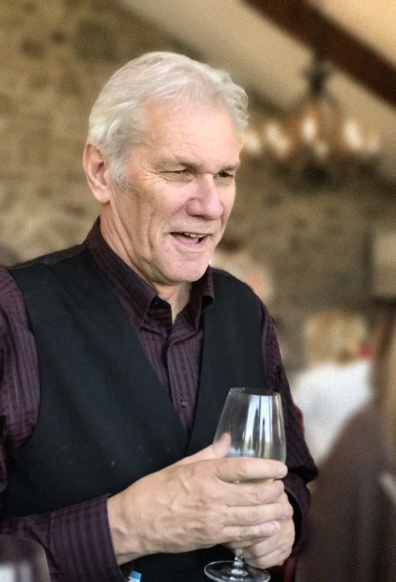 Norm Foster’s plays receive an average of one hundred and fifty productions annually making him the most produced playwright in the history of Canada.

Born in Newmarket and raised in Toronto, Norm attended West Hill Collegiate Institute and then went on to study Radio & Television Arts. A 25-year career in radio took him from Thunder Bay to Winnipeg to Kingston and finally to Fredericton, New Brunswick. It was there in 1980 that Norm acted in his first play: the part of Elwood P. Dowd in Harvey.

Foster fell in love with the theatre right then and there, and two years later he wrote his first professionally produced play, Sinners, followed by The Melville Boys. The latter would go on to be produced across Canada and in the United States, including a well-received run off-Broadway in New York – and at the Village Playhouse twice! Since then, Norm Foster has produced an astonishing output of work: over fifty plays in all.

Foster’s plays are known mainly for their comedic qualities, but they are not without their serious moments. When asked to try and pin down a common theme that runs through his plays, Foster says:

“I think for the most part, they’re about ordinary people just trying to get by in life. I never set out with a monumental purpose in mind. I’m not trying to teach an audience a lesson or pass along some profound message, because I don’t think I’m qualified. What I am trying to do is make them feel a little better about this world, and that’s not easy these days.”

About Nicole Arends, the director… 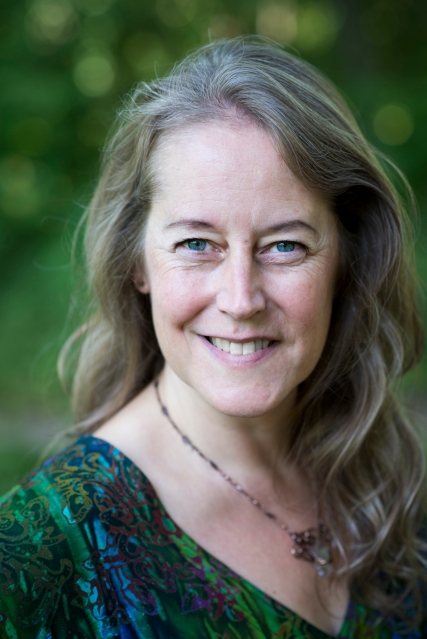 Nicole Arends has an extensive background in theatre directing and performance, expressive arts facilitation, and arts management. After acquiring her BA in Theatre from York University, Nicole started her own theatre company for youth in Ottawa called The Balcony Players and has since directed for many community, independent and professional theatre companies in Toronto.

This is her second time directing for Village Players (Foxfinder, 2016) and her second time directing a Norm Foster play (Louis and Dave, Toronto Fringe). She recently directed Impressionism at Alumnae Theatre and is working on The Taming of the Shrew at the 2019 Toronto Fringe.  She will also be both director and dramaturge for Wonderlit Productions’ The Departure Train by Michelle Tocher in the fall of 2020.