“Nice work from the cast in this snapshot of familial hope, regret, loss and disappointment; moments of humour and tenderness bring take the edge off the brutal frankness and disillusionment of this world…

“Klick’s Tom is a study of restless detachment…

“Baltman brings a desperate edge of optimism to Amanda…

“MacMaster adds a hint of irreverent spunk to the otherwise fragile, introverted Laura….

“With shouts to the design team for their work on bringing this world of fading memory to glowing life….

“I applaud Director Victoria Shepherd’s creativity as she and the cast, along with a diligent working crew, have created a memory play of poignant and amusing moments of the Wingfield family… It was pure magic to watch Tom open the curtains to take us back to his family’s home….

“Mr. Klick has subtly captured an earnest restlessness within Tom…

“As the matriarch of the house, Deena Baltman captures the southern gentility and grace of Amanda…

Claire MacMaster is wonderful to watch and to hear as the painfully shy, Laura…

Highly authentic realism was poignantly captured between Mr. Shubat and Ms. MacMaster who commanded the stage with grace, hope, poise and dignity…

WE’RE DELIGHTED TO PRESENT OUR CAST!  (click on composite photo to see more)

About the play….
The play is introduced to the audience by Tom, the narrator and protagonist, as a memory play based on his recollection of his mother Amanda and his sister Laura. Because the play is based on memory, Tom cautions the audience that what they see may not be precisely what happened.

Amanda Wingfield, a faded Southern belle of middle age, shares a dingy St. Louis apartment with her son Tom, in his early twenties, and his slightly elder sister, Laura. Although she is a survivor and a pragmatist, Amanda yearns for the comforts and admiration she remembers from her days as a fêted debutante. She worries especially about the future of her daughter Laura, a young woman with a limp (an after-effect of a bout of polio) and a tremulous insecurity about the outside world. Tom works in a shoe warehouse doing his best to support the family. He chafes under the banality and boredom of everyday life and struggles to write, while spending much of his spare time going to the movies — or so he says — at all hours of the night.

Amanda is obsessed with finding a suitor (or, as she puts it, a “gentleman caller”) for Laura, her daughter, whose crippling shyness has led her to drop out of both high school and a subsequent secretarial course, and who spends much of her time polishing and arranging her collection of little glass animals. Pressured by his mother to help find a caller for Laura, Tom invites Jim, an acquaintance from work, home for dinner. And so the play unfolds….

“The Glass Menagerie like spring, is a pleasure to have in the neighbourhood.”
~ New York Times, 1945

“Some plays are so brilliant, so perceptive, so poignant that they can be seen time and again — each viewing revealing another gem. This is the case with The Glass Menagerie.”
~ The Chicago Critic, 2012

“The Glass Menagerie is a play of long reach and reverberations. Few dramas have been less concerned with being up to date. Which makes its intersections with modernity startling, like those passages in Shakespeare where you have to look up the text to check something has not been written in for “relevance”.”
~ The Guardian (London, UK), 2017

About Tennessee Williams, the playwright….

The Glass Menagerie was Tennessee Williams’ first great success, winning him the 1945 New York Drama Critics Award. It was followed in 1947 by the even more successful A Streetcar Named Desire, which opened on Broadway in the Ethel Barrymore Theatre and starred Marlon Brando and Jessica Tandy. Directed by Elia Kazan, Streetcar went on to win the 1948 Pulitzer Prize for Drama. Cat on a Hot Tin Roof, which premiered in 1955, completed the trifecta of what Tennessee Williams would come to call, “The Catastrophe of Success” in a 1947 essay that appeared in the New York Times. By 1959, he had earned two Pulitzer Prizes, three New York Drama Critics’ Circle Awards, and a Tony Award.

If Williams’s success was a catastrophe, his life up until The Glass Menagerie must also have played a role in making him the artist he became – there is little doubt that he put significant aspects of himself, his mother, and his sister Rose into the play. Born on March 26, 1911 in Columbus, Mississippi as Thomas Lanier Williams, his father, abusive and an alcoholic, showed his son Thomas little but contempt, while his mother fancied herself a southern belle and was a high-handed, snobbish woman with a fear of sex. She passed on that fear to her children, a theme that would play out again and again in her famous son’s plays as he wrestled with his own sexuality.

Williams was close to Rose growing up and only later learned that in 1943 (in his absence) his sister had been subjected to a botched lobotomy. Rose was left incapacitated and institutionalized for the rest of her life. Following the success of The Glass Menagerie, Williams gave half of the royalties from it to his mother. He later designated half of the royalties from his play Summer and Smoke to provide for Rose’s care, arranging for her move from a state hospital to a private sanitarium. Eventually he was to leave the bulk of his estate to ensure Rose’s continuing care.

This is the fourth time Village Players has done a Tennessee Williams play: Suddenly Last Summer in 1975, The Glass Menagerie in 1995, and Cat on a Hot Tin Roof in 2000.

About Victoria Shepherd, the director… 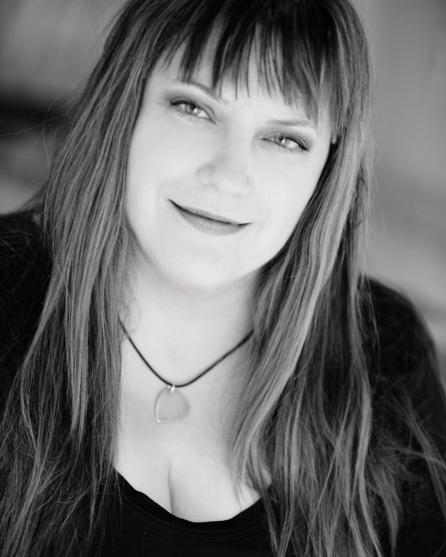 Village Players picked A Glass Menagerie and Victoria as a package deal via our exceptional ‘Director with Play’ process. Needless to say, Tennessee Williams is her favourite playwright (she previously directed his Summer and Smoke for Alumnae Theatre)

A drama graduate from the University of Toronto, Victoria lives in the Bloor West/Junction neighbourhood, so she’s very much ‘at home’ directing at Village Players.  She previously directed the tense historical drama Tainted Justice in 2018 (for which she was ACT-CO nominated as best director), the charming Canadian drama Queen Milli of Galt in 2013 and the Canadian comedy Real Estate in 2011.

After 30 years as a director by the time A Glass Menagerie is onstage, Victoria is very much in demand.  Her last work elsewhere was the world premiere of Andrew Batten’s The Sad Blisters. For Alumnae Theatre she has In the Next Room (or The Vibrator Play) coming up in April 2020, and previously directed August: Osage County, and The Tale of the Allergist’s Wife. Her directing credits for Amicus Theatre included Les Liaisons Dangereuses, Scotland Road, and Moonlight and Magnolias. Victoria has also directed for the InspiraTO Festival, the New Ideas Festival, the Toronto Fringe Festival, Poculi Ludique Societas, and for several independent theatre companies.