“A non-stop display of swinging doors, missed connections, intentional over-the-top dramedy, and all around good time that keeps the audience chuckling.”
~ Click to read the whole review

A tribute to the great English farces of the 1930s and 1940s, Fox On the Fairway takes audiences on a hilarious romp which pulls the rug out from underneath the sometimes earnest, sometimes confused denizens of a private country club. Filled with mistaken identities, slamming doors, and over-the-top romantic shenanigans, it’s a furiously paced comedy that recalls the Marx Brothers’ classics.

About the playwright, Ken Ludwig…
Ludwig’s first play on Broadway, Lend Me A Tenor, which the Washington Post called “one 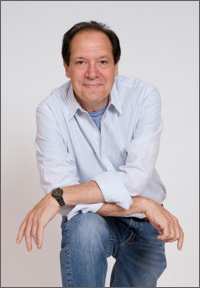 of the classic comedies of the 20th century,” won two Tony Awards and was nominated for seven.

Ludwig has written 22 plays and musicals, including Crazy For You (5 years on Broadway and the West End, Tony and Olivier Award Winner for Best Musical), Moon Over Buffalo (Broadway and West End), The Adventures of Tom Sawyer (Broadway), Treasure Island (West End), Twentieth Century (Broadway), Leading Ladies, Shakespeare in Hollywood, The Game’s Afoot, The Three Musketeers and The Beaux’ Stratagem.

(Click here to revisit Village Player’s 2012 production of this author’s Lend Me a Tenor.)

About the director, Katherine Bignell-Jones…

Katherine will perform the rare feat of directing two consecutive plays at Village Players, going on to direct our 2016-17 season opener Les Belles-Soeurs! She directed Nana’s Naughty Knickers earlier in 2016 for Theatre Etobicoke. Other selected plays she has directed are Terror By Gaslight (Kanaidjun Entertainment), Killcreek (Bojit Productions), Who’s Under Where?  (Theatre Etobicoke), and Final Curtain (LaSalle Players).

OUR CAST (click on a photo to see more)